Sheriff Franklin Hunt (Russell) is on the hunt for the cannibal tribe that’s taken several captives. The search party includes Chicory (Jenkins), John Brooder (Fox), and Arthur O’Dwyer (Wilson) whose wife Samantha (Simmons) is among the captives.  As they wander into the wilderness they soon encounter an enemy unlike any they have ever seen.

The story is an interesting and uncommon blend of the Western and horror genres. While the movie leans towards Western themes, the elements of horror are loud and clear. The dialogue written for the film includes some great moments and a nice sprinkling of comedy. This helps to balance out a film that otherwise lives in a very dark world. The writing takes a considerable amount of time setting up the world of the film and the conflicts for the main characters. While this might help with some of the nuances of the story, it unfortunately slows the pace to a crawl. While the action and intense violence is excellent and brutal, these moments are a great example of “too little, too late”. While the premise provides opportunity for high levels of suspense and anxiousness, the writing seems to miss the mark. This is still a fun film, but it gets lost in the quiet moments and misses out on some great opportunities to disgust and terrify. 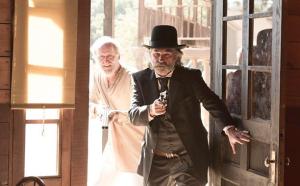 The acting in this movie is pretty solid, and features some very good moments from the stars. Kurt Russell does a nice job bringing back the salty Western lawman persona he used in Tombstone. He seemed to understand the tone of the film and he does great work with the part. He also has a great connection to the other stars, especially Richard Jenkins. Jenkins is a versatile actor with natural comedic timing. His role really took advantage of that skill, allowing him to get some great laughs throughout the movie. He’s not just comedic relief though. His serious moments really hold up as well. 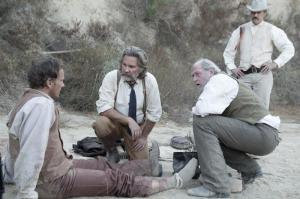 In addition to Russell and Jenkins, the film got nice work from Matthew Fox as well. His understanding of his character is evident in his performance. Like the other actors in this one, Fox seemed to know how to handle the mix of genres and the overall tone of the story. He also has a nice chemistry with the rest of the cast. Patrick Wilson also does nice work in this one. His performance helps to balance out the group of four rescuers in the movie. Along with Fox, Russell, and Jenkins; Wilson seemed to know how to make the group dynamics work within the story. The film also has a nice performance from Lili Simmons that rounds out a nice cast.

This movie looks and sounds good, especially considering the $1.8 million budget and short shooting schedule. The makeup and special effects work help to heighten the success of the more gritty moments in the movie. Every aspect of production is solid, and the only problem is that the talented people making the gritty moments didn’t have enough opportunities to shine. The music in the film is used sparingly, but nicely accents the movie.

When a movie promises grit and violence it needs to deliver. This movie misses out on some excellent opportunities to scare and disgust. While the violence is very intense, it seems to be used too sparingly. The slow burn of this movie really eliminates the tension the film should have been built around. While there are good moments from the stars, this just doesn’t live up to expectations. As I’ve stated before, the violence is very intense. (When it’s used.) If you’re uncomfortable with gore and cruelty, this is one to skip. I would still recommend this one to die-hard horror fans, as well as fans of the stars. I give this one 2.8 out of 5 stars.