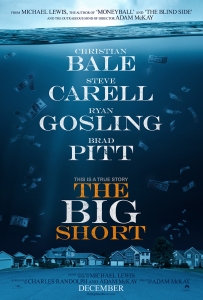 Based on the book The Big Short by Michael Lewis

In the midst of the housing bubble four men discover the horrifying truth about the economy. Now they’re taking a shot at the banks and hoping to cash in on the corporate greed that created the crisis.

This film is based on the non-fiction book The Big Short that was written by Michael Lewis. After being published in 2010 the book spent 28 weeks on the New York Times Bestseller List. This film was adapted from the book by Charles Randolph (The Life of David Gale) and Adam McKay (The Other Guys) who also directed this film. The film stars Ryan Gosling (Drive), Christian Bale (American Hustle), Steve Carell (Foxcatcher), Brad Pitt (Fury).

Taking the story of the worst financial disaster in recent American history and turning it into a film was no small feat. Adam McKay and Charles Randolph took on the story starting with the book The Big Short, written by Michael Lewis. The writing weaves in a bit of humor into an otherwise depressing story. Spread out over more than two years, this story also does a nice job pulling the right moments to highlight. Each of the characters is interesting, and the dialogue is very smart. Like The Wolf of Wall Street this one uses some interesting style choices to help tell the story. These choices might feel a little gimmicky, but they work nicely with the tone of the film. Overall, this is a well-written film that is both disturbing and fun. 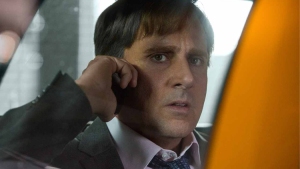 The acting in this film is very good. Ryan Gosling, Christian Bale, Steve Carell, and Brad Pitt anchor a cast that features a number of other great actors. Gosling leads the way in this one, helping to give the film a unique tone right from the start. Bale also brings something interesting to the table with a very good performance as a very unique character. Steve Carell also does a great job with a more serious role, and an excellent followup to his performance in last year’s Foxcatcher. Brad Pitt also does a good job with another interesting role in this one. Overall, the acting benefits from great writing and a very unique setting for a film. Fans of the stars won’t be disappointed. 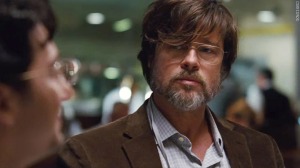 This one is put together nicely. The music chosen for the film is stylistically important and fun. The movie also finds a great way to play with the visuals to make some points throughout the film. This is a very unique movie in many respects, but it doesn’t do anything that feels out-of-place. Fans of the stars should really enjoy their performances.

Keep in mind that this film is based on the worst financial crisis in recent memory. So some people may not enjoy the subject matter. I would definitely suggest this to people who enjoyed movies like The Wolf of Wall Street, American Hustle, or other films based on real life events. I give this one 4.3 out of 5 stars.