Written and directed by Terrence Malick

A bored teenager (Spacek) and her delinquent boyfriend (Sheen) are on the run. As they move across the South Dakota plains the body count begins to rise.

Terrence Malick (Days of Heaven) began work on this film, his debut feature as director, when he was in his second year at the American Film Institute. This would also be the first time that Malick wrote his own screenplay. By the time it was completed, Badlands was the closing feature at the New York Film Festival. (This gained more recognition than Martin Scorsese’s Mean Streets which also played at the festival.) This film stars Martin Sheen (The Departed) and Sissy Spacek (The Help) in the central roles. The film was preserved in the United States National Film Registry in 1993.

This is a very thoughtful film, typical of the other movies written by Malick. The story weaves intense drama into a small town atmosphere. While there is a lot of violent action in this movie, this is not an action film. The violence plays more like a tragedy, allowing time for reflection on the acts. The dialogue seems to bring out the unique nature of both of the main characters as well. the naive nature of Spacek’s role is especially well-written. The no-good nature also seems wonderfully developed for Sheen’s character. The movie does a nice job of avoiding the nostalgia that might have come from the era the film is based in. Overall, this is one of the more concise films written by Malick, and it’s a great story. 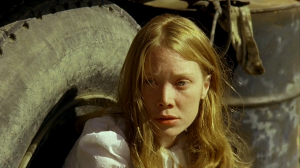 This movie features raw and wonderful performances from the two main actors. Martin Sheen has been acting for more than ten years when he took this role. His youthful appearance and wealth of experience really combine nicely in this one. He plays a unique character with an intense energy level and little empathy for the people who cross his path. Sheen also does a great job connecting with Sissy Spacek. Spacek was relatively inexperienced and unknown when Malick cast her in this one. Her performance is quiet and thoughtful. Her demeanor helps to work as a counter-balance to the intensity of Sheen’s work. Together these two have great chemistry that really plays wonderfully in this one.

This movie looks incredible. Malick worked with a trio of cinematographers throughout the filming of this one. The result is a movie that is hauntingly beautiful. Despite the horrible events, the movie fins a strange beauty in every moment. The film also has a unique score that features the work of Carl Orff. This one does all the right things to make the movie work. Costumes, sets, locations, and editing all come together in a very nice package. 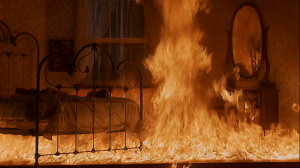 This is a great place to start if you’re unfamiliar with Terrence Malick. For those who are familiar with his work, this will come as a bit of a surprise. Unlike many of his more recent works, this one works with a smaller world and a more direct story. This is a great choice for fans of crime dramas. I would also suggest this to fans of the stars. I give this one 5 out of 5 stars.