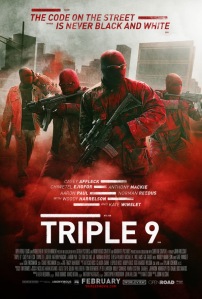 In order to pull off a daring heist, a group of corrupt cops and criminals must kill a police officer. They have their target, but pulling it off isn’t going to be simple or easy. 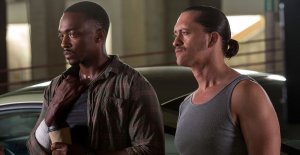 This story has the feel of a film like Training Day or S.W.A.T., but not the backbone. The writing builds a complex series of events that connect all of the main characters in one way or another. These events are individually strong, but the connections sometimes feel predictable and contrived. The strengths of the movie are the action sequences and the dialogue. The dialogue in the movie feels genuine, and it fits the characters created for the story. The action is intense and deliberate, and creates some great sequences throughout the movie. The weakness of the major arc in this story really undercuts the strengths. The resulting movie is a forgettable attempt to create a tightly wound drama. The predictable nature of the film leaves little in doubt heading into the final moments of the film. There is also little to connect audiences to the characters, leaving the whole thing feeling hollow. While some films can succeed with an ensemble cast, this story really needed a central figure.

The acting, like the writing, comes up with some great moments. The entire cast do great work at times throughout the film. Affleck, Ejiofor, Mackie, Winslet, Paul, and Reedus all do as much as possible with their roles. Unfortunately, the writing didn’t give the stars a lot to work with. There are moments of great acting, especially in the more intense emotional moments of the film. There just wasn’t enough of these moments created for them. The stars also handle the action sequences nicely. Overall, there was nothing more that the stars could do to elevate this material. 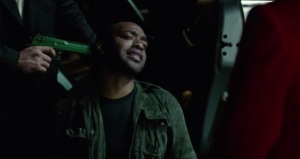 Unfortunately, this is a classic example of a film that doesn’t live up to other films like it. If you’re looking for a film like this one, start with Training Day. The writing for this film just didn’t bring together the right elements for an ensemble cast to shine. The casts talents were unfortunately wasted on this film. I wouldn’t recommend this one to anyone who isn’t dying to see every performance of one of the stars. I give this one 2 out of 5 stars.