Looking for a fresh start, Rose (Adams) starts her own crime scene cleaning business. Now she’s working alongside her unreliable sister Norah (Blunt) as she seeks to grow her business.

This story is an odd mix of expected choices and high levels of optimism. The writing, by Megan Holley, approaches the story from a very Thelma and Louise mindset. Two women with their own issues spending most of the film trying to fix themselves. Unfortunately, this one lacks the big moments of the aforementioned film. Instead, this story seems to use optimism as the ultimate tool. When the film might take a darker turn, the writing seems to steer the characters back into the sunshine. (I know, that was cheap.) The dialogue in the film is fun, but it’s nothing special. There are some funny moments in this story. The characters surrounding the two sisters bring in some nice comedic moments. Unfortunately, most of this script falls flat. The finished product feels like something from a made-for-TV movie. 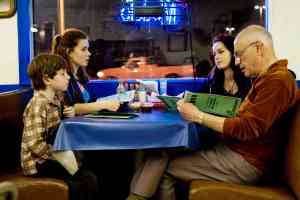 The cast in this one does good work with a weak script. Amy Adams leads the way with a strong performance. She seemed to understand the relationship her character had with the other characters in the film. She also has good chemistry with Blunt. Emily Blunt also does a good job in this one. Unfortunately her character is very predictable and uninteresting; leaving her nothing to build on. Alan Arkin and Clifton Collins Jr. also do good work in this one. Unfortunately the cast wasn’t given much to work with. The performances are solid, but ultimately forgettable.

This movie has a great premise, but it never lives up to its potential. The writing is the major failing, taking the easy way out far too often. I wouldn’t recommend this one unless you’re a true fan of the stars. The overwhelming optimism of the story doesn’t allow for any real conflict to happen in the movie. Overall, this is one worth skipping. I give this one 2 out of 5 stars.