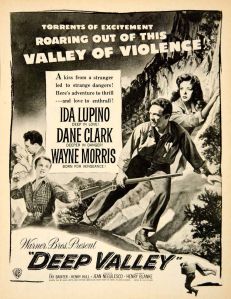 Based on the novel Deep Valley by Dan Totheroh

A young woman meets an escaped convict and begins to see him as a way out of her impoverished existence. Now she’s looking for ways to help him avoid capture as they slowly fall for one another. 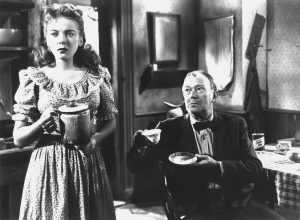 This film is a unique hybrid example of film noir and 1940s melodrama based on the novel Deep Valley by Dan Totheroh. (The Dawn Patrol). The screenplay was penned by Salka Viertel (Conquest) and Stephen Morehouse Avery (The Gay Deception). There is also some speculation that William Faulkner (The Big Sleep) may have contributed, though he was not credited at the time. Oscar-nominee Jean Negulesco (Johnny Belinda) directed this film. The cast features Ida Lupino (High Sierra), Dane Clark (Go Man Go), Wayne Morris (Paths of Glory), and Henry Hull (Boys Town). 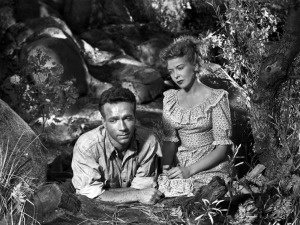 This story is a slow burn from the very beginning. The early character introductions are done in scenes that set a tone that unfortunately isn’t followed through later in the movie. These moments insinuate a dark background for almost all of the characters. It also works to set the tone for the conclusion of the film. Unfortunately, this movie doesn’t stay with the darker tone for long. As the story goes, the film shifts from noir to melodrama. This shift is unfortunate since it changes the entire feel of the movie. Even the dialogue seems to take on a different tone in the middle parts of the movie. Some scenes feel like they were taken from a soap opera. Despite some good moments this story is far too unbalanced. The huge leaps taken later in the movie also hurt the overall experience. 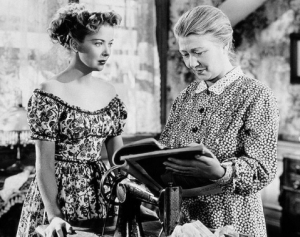 The acting in this film is highly underused. Despite an awkward screenplay, the stars found small moments to shine. Ida Lupino does a wonderful job with a part that feels almost like two separate roles. The core of her role fits into the hard luck girl she often played. This time she was able to elevate the material in some bigger moments of the film. She also seemed to connect well with the rest of the cast. Dane Clark, Wayne Morris, and Henry Hull also do decent work in this one. While the writing didn’t offer much, the cast brought some good moments out of it. The acting ultimately becomes the reason to watch this one. 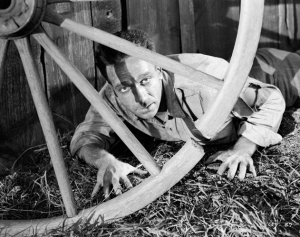 Critic Dennis Schwartz offered: “Deep Valley offers a melodramatic look at how love can make one feel alive again. The film comes to a boil with its very moving conclusion, after a very slow start.” While I’m not sure how moving the conclusion really is, I think that the summary works well enough. If you’re a fan of film noir or melodrama (or a mix of the two) this is one to check out. The most interesting aspect of this film is the appearance of Ida Lupino. After and during her successful acting career she transitioned into work as one of the first female directors and producers in Hollywood. She would direct countless television episodes and eight feature films. Overall, there is something interesting about this film that makes it watchable despite the flaws. I give this one 2 out of 5 stars.