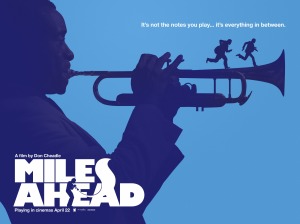 As Miles Davis (Cheadle) contemplates the life he’s already lived, he’s faced with many choices as he looks to move forward. All the while, his music is at the center of his world.

This film marks the directing debut for actor Don Cheadle (Crash). Cheadle also developed the story with Steven Baigelman (Get on Up), Stephen J. Rivele (Nixon), and Christopher Wilkinson (Ali). The screenplay was completed by Cheadle and Baigelman. Adding to his workload, Don Cheadle also stars in the movie. He’s joined by Emayatzy Corinealdi (Addicted), Ewan McGregor (The Impossible), and Michael Stuhlbarg (Steve Jobs).

This story focuses on the life of Miles Davis in the 1970s, when he had stepped away from music. Rather than examine his creative process, the film focuses on the demons that haunted him. Using a series of fictitious events, the story magnifies the personality of this musical legend. The writing attempts to look back at his roots, but often gets lost in the hectic nature of the present. While there are a number of great moments, the film assumes far too much. While this story might be an interesting episode in a mini-series, it does not stand alone. The lack of background leaves far too many unanswered questions. The resulting story feels like a character examination, and doesn’t endear the audience to the man. Without understanding his immense musical ability, this one portrays a selfish and deeply troubled man. Much like Steve Jobs, this story misses out on redeeming the title character. The small moments are all nice, but it doesn’t come together well enough. 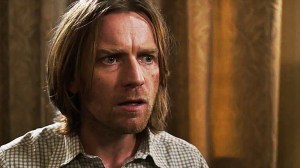 The acting in this film does a lot to elevate the screenplay. Don Cheadle put together a wonderful performance as Miles Davis. His performance was consistent and intense, and really provided some great moments in the film. He also seemed to be comfortable with the musical demands of the role. While he might not have actually performed in the film, he kept those moments feeling very authentic. Opposite Cheadle, Emayatzy Corinealdi did wonderful work in this movie. Her performance needed to be steady and somewhat subtle since it was needed to balance out the film. She was more than successful with the part, and helps to dig into the emotional roots of the story. Ewan McGregor and Michael Stuhlbarg are just a couple of actors who lent their talents to this movie. Their roles were important to the story, and they found the right way to make things happen. Overall, the stars did a good job elevating the weaker screenplay.

This one makes some unique visual choices throughout the film. Using a number of dream-like sequences, the movie attempts to highlight the man who Davis was before the events portrayed. This is successful to some degree, but is unfortunately used excessively. Otherwise, this is a fairly ordinary biographical film that found a small niche of an amazing life to work with. If you’re a fan of jazz or biographical films this is one worth checking out. I would also suggest this to fans of the stars. The risks the film took produced mixed results, but it has some very good moments. I give this one 3 out of 5 stars.