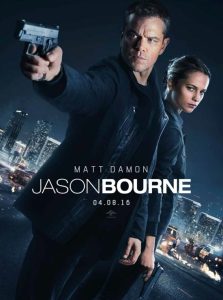 Based on the novel series by Robert Ludlum

After ten years in hiding, Jason Bourne (Damon) has resurfaced and he’s looking for answers. This time he’s facing a new set of adversaries including the head of the C.I.A. (Jones) and a determined assassin (Cassel).

This 2016 release is the fifth installment in the Bourne film series. The films are based loosely on characters created by Robert Ludlum for his series of novels. The screenplay was written by Paul Greengrass (Captain Phillips) and Christopher Rouse (Paycheck), with Greengrass also directing. This is the third film in the series that Paul Greengrass has directed. The cast includes the return of Matt Damon (The Martian) and Julia Stiles (Silver Linings Playlist). New faces in this one include Tommy Lee Jones (No Country for Old Men), Alicia Vikander (Ex Machina), and Vincent Cassel (Black Swan). 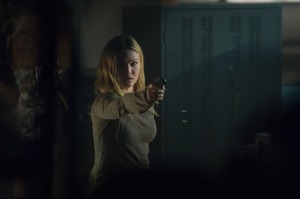 Depending on how you see things, it’s been at least four years since we last heard from Jason Bourne. Paul Greengrass and Christopher Rouse picked up the original story line with a nice script for this film. The writing recaps the necessary events from the prior films with ease, and then leaps into the new story. The film is a combination of political drama and intense action that blend nicely in this film. The addition of new characters is seamless and they combine nicely with the return of some old faces. The dialogue does all the right things throughout the movie. The weakness of this film is the lack of a solid twist. There is a certain predictability that I hoped wouldn’t exist in this one. Still, the smaller twists help, and the action carries this one to the finish line.

After nine years off, Matt Damon got back into Bourne shape for this film. He does a nice job bringing an older (but still awesome) Jason Bourne to the screen. His performance is as much physical as it is dialogue driven, and he handles it all perfectly. He’s joined by another familiar face in Julia Stiles. She brings back her character with ease. The two of them were able to resurrect the chemistry they had in the other films, and it pays off nicely. The new cast members also added something special to this one. Tommy Lee Jones brought his great skills to the table and delivered an awesome performance. Alicia Vikander also added something special to this one. One additional star that I really enjoyed in this one was Vincent Cassel. His role really stood out in this one, and he nailed it. Overall, there isn’t much to complain about from the cast.

This one looks incredible. In typical Greengrass style, the action is almost claustrophobic at times, bringing the audience into the fight. The film also features two of the best chase sequences I’ve seen in this type of film. Cinematographer Barry Ackroyd (The Big Short) really knew where to put the camera in this one. The visual tension is amazing. Editor Christopher Rouse also nailed it with the quick pacing and nice transitions. Another nice touch was the score for the film, which sometimes leaned on the familiar music from the other movies. (This wasn’t a problem for me, since it helped to tie things together.) Overall, the production work on this film was on point and did all the things that fans of the series should expect. 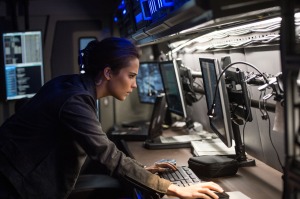 This is a nice addition to the Bourne film series. While the story doesn’t take any major risks, it does enough to make this a fun and exciting ride. Fans of the other films should make sure to check this one out. I would also suggest this one to fans of the stars. The new faces add some nice moments that should make their fans happy. This is an intense and fast-paced film that action fans will enjoy from start to finish. I give this one 4 out of 5 stars.