Written and directed by Kenneth Lonergan

Lee Chandler (Affleck) is just beginning to put his own life together when he finds himself the appointed guardian of his teenage nephew.

This film quickly became one of the major critical successes of 2016, winning awards at film festivals around the world. Kenneth Lonergan (Gangs of New York) both wrote and directed this film, earning Oscar nominations for Best Director and Best Original Screenplay. Casey Affleck (Gone Baby Gone) stars in the film along with Michelle Williams (My Week With Marilyn), Lucas Hedges (The Grand Budapest Hotel), and Kyle Chandler (The Wolf of Wall Street). This one was also nominated for Best Picture.

This is a story that digs deep into the sometimes painful and often frustrating events that shape lives. The characters are honestly written with the kind of flaws an audience can relate to. The writing also does a nice job avoiding the kind of overdone dialogue that many similar films end up with. The story works through a number of smaller incidents and problems that build momentum throughout the movie. Another nice aspect of the movie is the non-linear story structure that allows the motivations of the main characters to be revealed slowly. It’s clear why this was nominated for an Oscar. While the story doesn’t even attempt to tie up all the loose ends, the final result is perfectly imperfect.

The performances needed to be nearly perfect for this movie to rise above overblown melodrama. Luckily, Casey Affleck and the rest of the cast rose to the occasion. Affleck has given some impressive performances throughout his career, but this might be his best work. Like all great actors, he was able to express the inner turmoil of his character without words. Casey Affleck received an Oscar nomination for Best Actor for his work in this film. Opposite Affleck were a number of different actors, all providing great work of their own.

Michelle Williams did an excellent job playing a role that required an incredible range of emotions. Her work also earned her a nomination for Best Supporting Actress. Kyle Chandler also did great work with his part in this one. Like Williams, Chandler was able to hold his own opposite Affleck. The most unexpected performance in this film was from Lucas Hedges. Like Affleck, he was tasked with playing out a lot of pain and emotion. His work also earned a nomination for Best Supporting Actor. There were a number of other actors who contributed to the success of this movie. Overall, the acting did all the right things with the material. 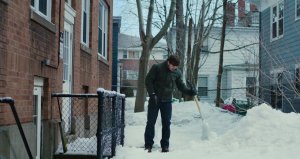 This movie is set in a number of wonderful seaside locations throughout New England. The title city was used for much of the principal filming. These locations are a serene and beautiful backdrop that contrast nicely with the tumultuous events of the story. The cinematography is incredible throughout the film, as are the editing and the rest of the production work. 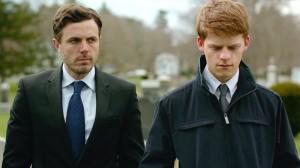 This is a deep emotional drama with a powerful payoff. Fans of the stars should make sure to see this one. I would also suggest this one to fans of honest human drama. There is nothing fantastic or unrealistic about the events or the people in this movie. I would also suggest this to anyone who enjoyed Fences or Moonlight, since it has that kind of emotional depth. I give this one 5 out of 5 stars.