Based on the book A Long Way Home by Saroo Brierley

Saroo (Patel) was only five when he lost his way on the streets of Calcutta. Now, twenty-five years later, he’s seeking out the family he lost.

This film is based on the true story of Saroo Brierley. He wrote about his experiences in the 2013 book, A Long Way Home. This book was adapted for the screen by Luke Davies (Life), and the film was directed by Garth Davis (Mary Magdalene). The movie stars Dev Patel (Slumdog Millionaire), Nicole Kidman (The Hours), Rooney Mara (The Girl with the Dragon Tattoo), and David Wenham (The Lord of the Rings: The Return of the King). This film is one of the nine nominees for the Academy Award for Best Picture. 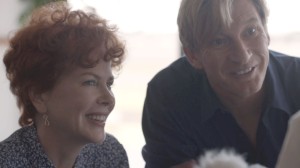 This is a fascinating story that hardly needed the Hollywood treatment. The autobiographical book by Saroo Brierley, A Long Way Home, served as the template for Luke Davies to pen the screenplay. This story has so much emotion built into it. From the very start of the film there is something beautiful and tragic about the main character. This sense of tragedy in one of the prevailing themes of the entire movie. Luckily, this is not what I would call a tragedy. The story also features themes of redemption and love, balancing out the overall experience. The characters in this film are wonderfully written, and the dialogue is rich. Overall, this is one of the better written films in recent memory. For his work, Luke Davies received an Oscar nomination for Best Adapted Screenplay.

The actors certainly had some great material to work with in this one. Dev Patel gave perhaps the best performance of his career in this one. His ability to communicate the inner-turmoil and deep emotions of his character add something incredibly special to the film. He also seemed to connect with the rest of the cast, adding a sense of authenticity that was definitely needed. Nicole Kidman also gave an outstanding performance in this film. Like Patel, she seemed to understand the deeper emotions of her role. This gave her work a level of depth that’s wonderful to see. David Wenham and Rooney Mara also do great work in this film. Everyone involved seemed to connect with the tones of the story, bringing out deep emotion. This film also benefited from the work of Sunny Pawar who played the young Saroo. Pawar’s performance is heart-wrenching and powerful, really building up to the work Patel did as the older Saroo. Overall, this cast did all the right things with this script. For their performances, Dev Patel earned an Oscar nomination for Best Supporting Actor and Nicole Kidman was nominated for Best Supporting Actress. 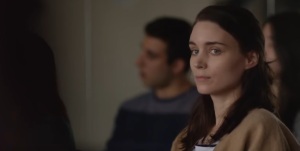 This movie is beautifully filmed thanks to cinematographer Greig Fraser (Foxcatcher). He seemed to find all the right ways to capture the emotions of every scene. His work earned him his first Oscar nomination for Best Cinematography. The locations used for filming also add authenticity to the experience. Much of the principal filming was done in India and Australia, the two main locations of the story. The natural beauty of both places is wonderfully captured, as well as the harsher realities of India. The editing and other production aspects of this film all come together nicely. The movie also features a powerful score, composed by Dustin O’Halloran (Like Crazy) and Volker Bertelmann (Act of Violence). They were both nominated for Best Original Score for this one. 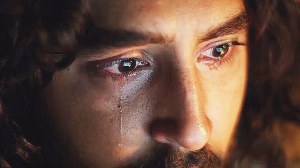 This might be one of the best films of 2016. Everything comes together, creating a powerful cinema experience that is worth seeing. If you’re a fan of the stars you need to see this movie. I would also suggest this one to anyone who loves great drama. This is a gritty and wonderful story that shows both the good and the bad, so don’t expect a feel-good film. I give this one 5 out of 5 stars.