Written and directed by David Ayers

The government needs a special kind of army when an apocalyptic being threatens the entire earth. Without any better options, they turn to the most dangerous criminals they can find.

This film is yet another comic book movie pulled from the DC Comic Universe. The film was written and directed by David Ayers (Fury). The cast includes Will Smith (Independence Day), Margot Robbie (The Wolf of Wall Street), Viola Davis (Fences), and Jared Leto (The Thin Red Line). Jay Hernandez (Hostel) and Cara Delevingne (Pan) are also featured. 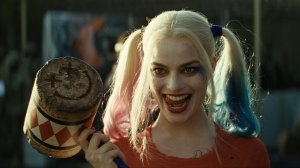 It’s hard to know where to start when it comes to a story like this. Perhaps the best way to preface my thoughts is to point out that David Ayers wrote the script in six weeks. (When a studio announces a release date they should really make sure the film has a script.) This time the experiment failed, and the story is a mess. There are small moments that work really well in this one. The different super-villains have fun introductory moments. There are also some very good action sequences. After that the film has a “plot” that barely feels coherent. The bigger arc feels forced, and there are far too many holes in the story. It’s sad that the story fails with such a talented cast in the mix.

The actors really had no chance in this one. The story is so poorly written that they barely manage to salvage small moments throughout the film. Even though the actors seemed to dive into the roles, nothing seems to stick. Overall the performances are forgettable and don’t do much to create any connection with the characters. 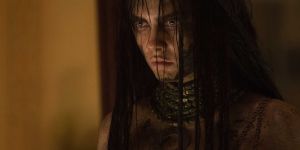 The production work in this film is good. While the rest of the movie is a mess, the visuals in this one are impressive at times. The special effects and costumes all add nice touches. The film even won an Oscar for Best Makeup and Hairstyling.

While this one made a lot of money, I doubt that it made many fans. The story fails the actors and the fans with a wandering plot that has way too many holes. Diehard fans of comic book movies might enjoy films like this, but I wouldn’t recommend this one. I give this one 1.5 out of 5 stars.