Dennis Nash (Garfield) is unemployed and struggling to provide for his family. After going through foreclosure on he takes a job with Rick Carver (Shannon) the man who took his home. 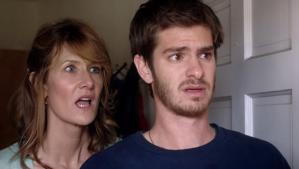 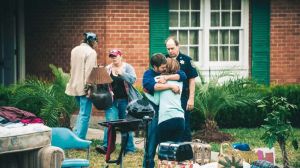 This is an interesting film that builds a story within the recent national real estate collapse. Bahrani, Naderi, Azimi, and Bailey came together to craft an intense drama within the midst of the crisis. The writing does a great job bringing the tragedy of the collapse to life. The helplessness of each evicted homeowner is right on the surface and very real. This provides the backdrop for the rest of the story to play out. While this doesn’t have the intensity of a thriller, it does push in that direction. The dialogue is well-written, and the twists are subtly built into a series of events that pay off gradually. There is a certain amount of predictability that comes with the story, but it’s still a solid watch.

The actors really did a good job with this one. Michael Shannon has become a favorite of mine with his work on films like Midnight Special and Man of Steel, and shows like Boardwalk Empire. This time around he does really good work playing a somewhat slimy character who makes more sense than you might want him to. He’s the perfect person to play opposite Andrew Garfield.

Garfield’s performance is equally good. His connection to the emotion of the story brings out some great moments throughout the film. He also connected well with Laura Dern. She also does great work in the movie. There are some very good performances by many of the actors in this one. In addition to the stars of the movie Judd Lormand, Jason Kirkpatrick, and Jeff Pope also add great work to this one. 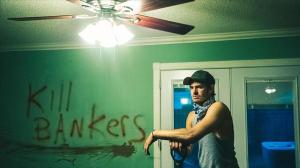 This is a film that leans heavily on the emotions surrounding the housing market crash of 2008. The writing pulls all the right moves to keep that emotion on the forefront of the film. While there is a certain amount of predictability in the movie, the twists do just enough to keep the tension intact. The actors connected well with the material, and the production work was solid. Overall, this is a very good movie that is worth checking out. I would definitely recommend it to fans of the stars. I give this one 4 out of 5 stars.