Jimmy (Tatum) and Clyde Logan (Driver) attempt to pull off a major heist with the help of some colorful associates. 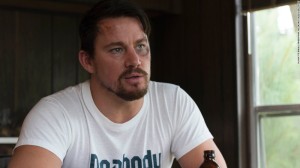 This is a wild romp that feel unsurprisingly like a redneck version of Ocean’s Eleven. The writing does a nice job of building wildly outrageous people into a very realistic feeling world. Normally a comedy heist film has a fun group of eccentric characters. This movie is not an exception, with a wild array of some of the more unique characters I’ve seen in a while. The little twists and the big ones all add something great to the payoffs in this one. It’s also a movie rich with ridiculous dialogue. This isn’t a movie full of surprises, but it’s a solid story with a lot of fun throughout.

The actors must have had a lot of fun with this one. The script is full of comedy and a lot of great dialogue. Additionally, the characters were written with a lot of interesting quirks. The most memorable character in this one was played by Daniel Craig. He really bought into the role and it is a bit surprising to see the most recent James Bond in such a different light. Channing Tatum also does a nice job with another one of the unique characters in this one. Adam Driver also delivers a nice performance that really adds to the fun of the film. Performances by Riley Keough and Katie Holmes help to round out a nice cast of talented actors. Some of the smaller roles in this one feel a little hokey, but as a whole the cast did a great job.

This is a nicely made film with some great twists and a lot of laughs. The level of ridiculous gets dialed up pretty high throughout the story, making it worth the watch. Visually there are a lot of elements that reminded me of the Ocean’s films of Soderbergh. If you like a fun heist film, this is one to see. I would definitely suggest this to fans of the stars as well. Overall, this is a good one. I consider this a good step towards redemption for the man who “directed” Haywire. I give this one 4 out of 5 stars.