Barry Seal was a drug runner, CIA operative, and a family man; all at the same time. His story is a wild ride.

This film was written by Gary Spinelli (Chaos Walking), loosely based on the true story of Barry Seal. The film was directed by Doug Liman (The Bourne Identity) and stars Tom Cruise (Rain Man), Domhnall Gleeson (Ex Machina), and Sarah Wright (21 & Over). 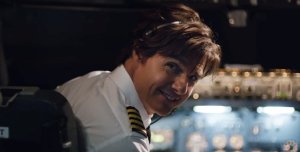 This story is a fascinating piece of lesser-known American history mixed with Hollywood magic. The writing does a nice job of finding a unique vehicle for telling the story. The events outlined throughout the movie each seem like they’re designed to push the envelope a little further than the last one. The writing does a nice job not letting this seem gratuitous or overdone. The film does mix in some serious drama, leaving the movie feeling balanced and well-told. The dialogue is also nicely written. There are some issues with the later part of the movie, as the writing seems to struggle for the right way to end. Overall, this is a good film with a lot of fun moments.

Tom Cruise brings a lot of fun and intensity to the main character of this one. While his performance features his expected brand of energy, he also seemed to bring something more subtle out of the story. He also seemed to find the right connection with Sarah Wright. Her performance is strong, but also relies heavily on that connection. She also found her groove and really added something good to the film. Domhnall Gleeson also did a good job with his role in the movie. There are so many unique characters and different settings that give this one a great feel. The remainder of the cast all do a nice job filling in those roles. 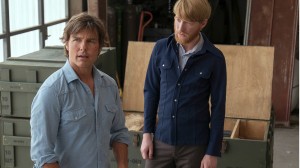 This movie has some fun action sequences and does a nice job creating a cool version of the 1980s. The locations and sets all look great throughout the movie. The camera work and costumes also add to the overall feel of the film. Overall, this is a fun movie that hits more than it misses. The issues with the end of the story take a bit of the punch out of the movie, but it’s still a fun ride. If you’re a Tom Cruise fan this is one you should see. I would also suggest this to fans of crime films and darker comedies. I give this one 3.2 out of 5 stars.