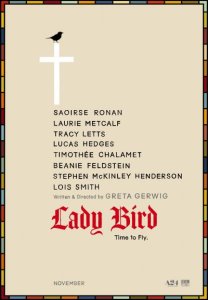 Written and directed by Greta Gerwig

Sacramento native, Christine “Lady Bird” McPherson (Ronan), is struggling to figure out what kind of person she wants to be.

This film is the creation of Greta Gerwig (Frances Ha). Gerwig both directed and wrote the film, which takes place in her hometown of Sacramento, California. The film stars Oscar nominees Saoirse Ronan (Brooklyn) and Lucas Hedges (Manchester by the Sea). The cast also includes veteran actors Laurie Metcalf (Uncle Buck) and Tracy Letts (The Big Short).

This movie is written in a style that leaves things feeling only loosely connected. The main thread of the movie is Lady Bird and her search for happiness. This film has some fun moments and a couple of unexpected twists. The dialogue can be witty at times as well. Unfortunately the film also seems to lack a central theme that has enough substance to add any emotional context to the story. The end result is a movie that lacks any payoff and feels like a bit of a passion project from Gerwig. While some viewers might find ways to relate, much of the film seems difficult to relate to. I had hoped for something special from a movie about my hometown. Unfortunately this one misses more than it succeeds. 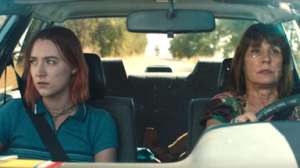 This film features solid performances from the main cast. Saoirse Ronan does a great job bringing her 17 year-old character to life. Her performance is quirky and fun, but also brings out some deeper emotions. Lucas Hedges also does a nice job in this one, and he has good chemistry with Ronan. Laurie Metcalf does great work with her role in the film. She also connects well with Ronan, and the two combine for some of the best moments in the movie. Tracy Letts also does a good job with his role in the film. While the performances are good, the cast fails to elevate the material much. The result is a series of great moments that don’t connect as strongly as they should have. 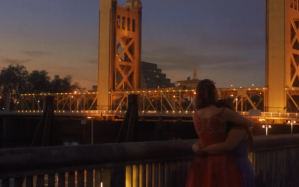 There was an element of fun in watching this film that might not hit home for many people. I was raised in the Sacramento area, and I always enjoy seeing places I’ve known my whole life show up in films. (It got easier when we moved to L.A.) Throughout the movie there are moments when I knew exactly where filming had taken place. For most viewers this is one offers solid visuals and a nice score by Jon Brion (The Gambler). The cast also does solid work with the material. The unfinished feel of the story is an unfortunate weakness. This is a film that is best recommended to anyone who loves Gerwig or the cast. I would also suggest this to anyone who wants to see how Sacramento looks on the big screen. I give this one 3 out of 5 stars.