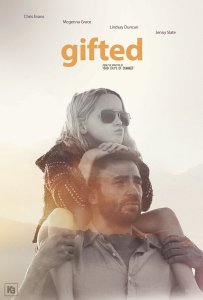 Frank (Evans) is doing his best raising his child-prodigy niece, Mary (Grace). When his mother (Duncan) tries to get custody, Frank has to fight to keep her.

This script, by Tom Flynn, is a nicely composed drama with a familiar premise. The story builds around the unique relationship between Frank and Mary. This relationship is introduced through some nice early moments, and then the world begins to expand. The writing plays it safe in this one, never really pushing too hard on the drama. The twists in the story aren’t big surprises, but there is enough to keep this one interesting. The charm of the story helps to outweigh the predictability. Overall, this is a good story that’s heartwarming and entertaining.

The talented cast does great work bringing this one to life. The story is simple, but the emotions are complex. Chris Evans does a very good job of playing the emotional tones of the script. He handles the relationship issues with the other actors nicely, creating some wonderful chemistry. This is especially true with Mckenna Grace. She’s also very good, holding her own with Spencer and Evans throughout the movie.

Octavia Spencer also brings her “A” game to this one. Her unique talent at blending into any story really helps her feel like the perfect choice for her role. Lindsay Duncan and Jenny Slate both do good work of their own in this one. There aren’t any real standout performances outside of the main cast, but the rest of the cast do what it takes to make this one work.

This movie has a nice score and editing that help it keep a nice pace. The cinematography is solid, and the sets and locations feel right for the story. This movie isn’t an Oscar-caliber film, but it’s a nice story with a heart. Fans of the stars will definitely enjoy this one. I would also suggest this to anyone who enjoyed Wonder or other family dramas. I give this one 3.5 out of 5 stars.