John Wick (Reeves) is back in the criminal underworld to repay a debt. The situation changes when he finds out that a price has been placed on his head. 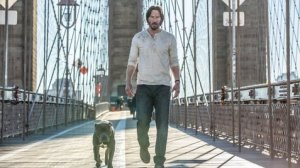 This film is the followup to the surprising 2014 hit, John Wick. The film was written by Derek Kolstad (The Package) and directed by Chad Stahelski. Keanu Reeves (The Devil’s Advocate) is back in the title role. The movie also features Riccardo Scamarcio (Burnt), Ruby Rose (Resident Evil: The Final Chapter), Laurence Fishburne (Contagion), Ian McShane (Scoop), and Common (Selma). 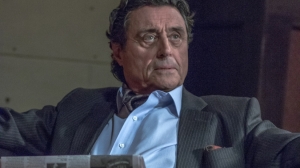 The biggest challenge in making a sequel to a movie like John Wick is making sure that you can push things up another notch. This is a pure action film from beginning to end, and the writing definitely steps it up. The amount of action in this story keeps things moving at an incredible pace. Luckily, the writing didn’t leave out the plot. This isn’t a complex plot with complicated arcs, but there are a couple of nice twists and turns throughout. The movie also has good dialogue and some very unique characters. This one seems to pick up right where the first film left off, and it doesn’t disappoint. 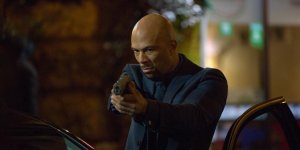 The actors really had to bring their physical abilities to the table with this one. Keanu Reeves wasn’t the only one doing many of his own stunts. The entire cast had to work with choreographers, trainers, and other experts to bring the action sequences to life. Reeves does a good job bringing John Wick back for another movie. His performance is exactly what fans would hope for. Riccardo Scamarcio also does a good job bringing unique flare to his role in this one. Ruby Rose, Common, and Ian McShane also do nice work with their parts. It was also nice to see a Laurence Fishburne/Keanu Reeves reunion. Overall, the cast seemed to get the material and the performances reflect that understanding.

Action, action, action. It can’t be overstated that the action is one of the biggest stars in this one. The action scenes are intense and wonderfully choreographed. The preparation took months in some cases, as the stars and stunt workers perfected the dangerous and awesome scenes.

The camera work helps to capture the dynamic action throughout the film. The editing also does a great job keeping the pace moving quickly. This might not be the best written film, but ti pays off in the ways that fans will appreciate. If you’re a fan of movies like The Boondock Saints this is one to see. Obviously the fans of the first film will enjoy this one all the way. I would also suggest this to fans of the stars. I give this one 4 out of 5 stars.