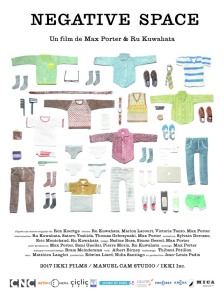 Despite frequently traveling, a father grows closer to his son by teaching him how to pack a suitcase.

This animated short is one of the five films nominated for an Oscar this year. This one was directed by Ru Kuwahata (Between Times) and Max Porter (Perfect Houseguest). The pair have collaborated on a number of previous projects, but this is their first nomination.

The story is a simple and unique look at the way a son and father bond. The dialogue is straightforward and kind of poetic. The images are beautiful, and the stop-motion animation adds something to the overall feel. Overall, this is a really good short film with a great story. I would definitely recommend checking it out. I give this one 4.7 out of 5 stars.