While attempting to understand the world of competitive sports doping, Bryan Fogel begins to piece together the history behind the biggest doping scandal in history.

This documentary takes on the story behind one of the biggest scandals in modern sports history. Bryan Fogel (Jewtopia) directed the film, which he wrote with Jon Bertain (Channel), Mark Monroe (Finding Oscar), and Timothy Rode. The film earned an Oscar nomination for Best Documentary Feature. 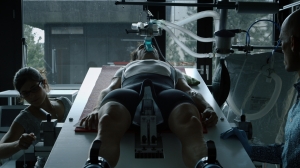 This documentary is a startling and surprisingly in-depth look at the machinations behind the Russian Olympic doping scandal. Beyond the evidence already known to the media, the film introduces Dr. Grigory Rodchenkov, the head of the Russian state-sponsored doping ring. His interviews add a level of credibility to this one, and really help to dig deep into the machinations of the world of doping. This one carries a level of suspense and tension as the story traces back to big names in world politics. That tension really makes this a must-see for documentary fans. 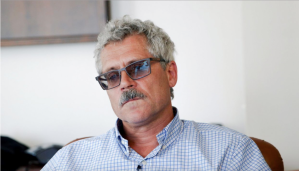 This is a solid example of storytelling within the documentary genre. If you’re a sports fan, you should make sure to see this one. I would also suggest this to anyone who likes documentaries. I give this one 5 out of 5 stars.