The stories of three women each trying to battle the heroine epidemic that is ravaging their community.

This documentary is one of this year’s five Oscar nominees for Best Documentary Short Subject. The film was directed by Elaine McMillion Sheldon (11/8/16). This documentary takes a straightforward look at the opioid crisis within Huntington, West Virginia, where the overdose rate is ten times the national average. 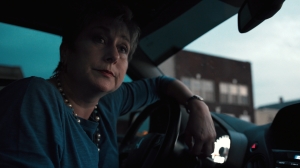 This film focuses on the work being done by a trio of women. The fight against this growing epidemic is shown in the courts and on the streets. The filmmakers did a nice job capturing the unfortunately commonplace nature of overdoses within Huntington. They also managed to get a number of candid interviews with both the users and those trying to save them. This one deals in facts, but doesn’t shy away from the emotion.

This is a great documentary that doesn’t play with the facts or push any agenda beyond saving lives. Fans of documentaries should be sure to see this one. I would also suggest this one to anyone looking to understand the truth about the opioid crisis in America. I give this one 5 out of 5 stars.