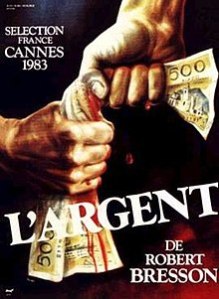 Written and directed by Robert Bresson

Based on the short story “Faux billet” by Leo Tolstoy

A series of tragic events unfold with the careless passing of a counterfeit 500 franc note. 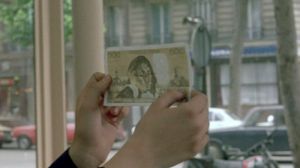 This film is based loosely on the Leo Tolstoy (Anna Karenina) short story “Faux billet” or “The Forged Coupon”, first published in 1910. Robert Bresson (A Gentle Woman) adapted the story and directed this film. This was the last film Bresson would write or direct. The movie stars Christian Patey (August), Vincent Risterucci (The Ultimate Accessory), Sylvie Van den Elsen (An Affair of Love), and Marc Ernest Fourneau (L’immature). 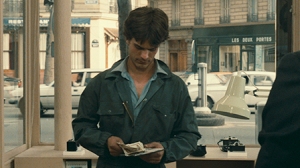 This is a story of unfolding tragedy that begins with a seemingly harmless act.  The rest of the film shows the ever-widening wave of consequences that follow. Bresson does a nice job of staying focused on the central theme of the story, and there seems to be little deviation. In  some ways this is a minimalist work, with limited dialogue and straightforward action. The twists in the film are nicely written, and leave the film with a clear message and a solid ending. The early parts of the film are somewhat difficult to follow since the payoffs happen so much later. There is also an episodic feel to the early moments that doesn’t continue later in the movie. There are some small issues, but this is still a unique and interesting story. 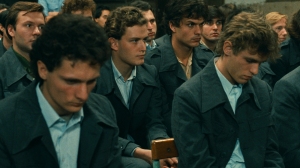 The acting in this one fits the simple and direct approach of the material. The actors in this one were selected by Bresson, who was looking for untrained people to star in his film. The result is an unbalanced film that has some great moments and some more robotic scenes. As the story progresses the acting seems to get better, helping to keep the payoffs solid. Christian Patey, Vincent Risterucci, Sylvie Van den Elsen and Marc Ernest Fourneau aren’t incredible, but they all do their part in making this one work. 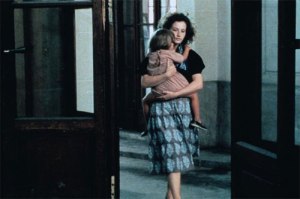 As previously stated, this movie is simple in its approach. The visuals are no exception. The camera work is solid and uncomplicated. There is something nice about the direct approach since it doesn’t clash with the simple story. The movie uses interesting locations and the editing does a nice job keeping things moving along. While there seem to be a number of smaller issues with this one, the finished product is unique and surprisingly good. If you’re a fan of French cinema this is one you should definitely see. I would also suggest this to fans of crime and drama films. I give this one 4 out of 5 stars.

Click on the poster below to get your own copy of this film. The Criterion Collection release has some excellent bonus features. You can also rent this one.