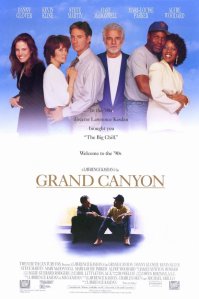 The lives of different families intertwine through a series of events in Los Angeles. At the center of their stories is the unlikely friendship of two men (Glover, Kline) connected through a dangerous encounter. 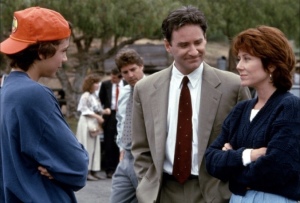 This film was Lawrence Kasdan’s (Raiders of the Lost Ark) attempt to find the success he’d experienced with The Big Chill. This time he worked with his wife Meg (Darling Companion) to write the script. The ensemble cast of this one includes Kevin Kline (The Conspirator), Mary McDonnell (Dances with Wolves), Steve Martin (¡Three Amigos!), Danny Glover (Lethal Weapon), Mary-Louise Parker (Red), and Alfre Woodard (12 Years a Slave). 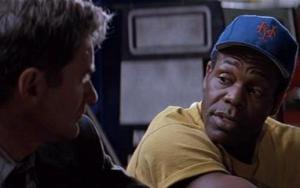 This story seeks to bring out the relationships between a number of characters with almost nothing in common. The film begins with a series of straightforward scenes that introduce the central characters and set up a solid premise. From there the story is a mixed bag of successful sequences and confusing diversions. The successful moments really focus on the relationships between different pairs of characters. In those scenes the dialogue is smart and fun, and the drama feels honest. The failures come from the dream sequences and attempts to blur reality and fantasy. These moments really shift the tone of the movie and unnecessarily divert attention from better plot points. It’s somewhat surprising that this film earned its only Oscar nomination for Best Original Screenplay. Overall, this is an interesting story at best. Just when things seem to get going, the story takes unexpected and weaker turns. Like similar projects, this one is a collection of good moments that just don’t come together well enough to make a complete story. 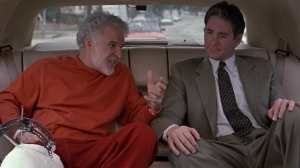 This cast features quite the collection of very talented people. Kevin Kline and Danny Glover lead the way with the central roles in the film. Their performances are very good, and they have great chemistry together. Mary McDonnell also delivers a solid performance in a very emotionally complicated role. Steve Martin plays a far more abrasive character than fans might have expected, but pulls it off nicely. Mary-Louise Parker and Alfre Woodard round out the main cast with good performances as well. The performances throughout the film are generally good despite the weaker material. Unfortunately, the acting doesn’t do enough to elevate the writing in any way. 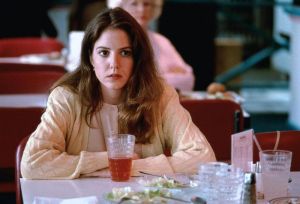 This movie mostly feels like a “by the numbers” production. The visuals are good and the sound work does everything necessary. Unfortunately the film takes some visual risks that really weaken the movie. There are some dreamlike sequences that haven’t aged well.

This movie was surprisingly underwhelming given the talented cast and the resume that Lawrence Kasdan brought to the table. I’m particularly disappointed because the premise could have developed into something very good. I’m not sure that I would energetically recommend this one to anyone. Some fans of the stars might find it interesting, but there just isn’t enough there. I give this one 1.8 out of 5 stars.