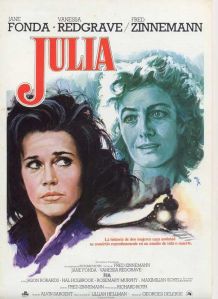 Based on the story by Lillian Hellman

Playwright Lillian Hellman (Fonda) and Julia (Redgrave) have been lifelong friends. Their bond is tested when Julia asks Lillian to help her smuggle funds into Nazi Germany.

This film is one of the five Best Picture nominees from 1977. The story is based on a chapter from Lillian Hellman’s (The Little Foxes) 1973 book, Pentimento. Oscar-winning director Fred Zinnemann (High Noon) directed the movie, using a script from fellow Oscar winner Alvin Sargent (Ordinary People). Zinnemann would later be nominated for an Oscar for Best Director. The cast features Jane Fonda (On Golden Pond), Vanessa Redgrave (Foxcatcher), and Jason Robards (All the President’s Men). The film also features performances from Maximilian Schell (A Bridge Too Far), Hal Holbrook (Lincoln), and Meryl Streep (The Post).

I could spend time talking about the truth behind the story that Lillian Hellman told in her book, but I’m not going to. (True stories are given the Hollywood treatment all the time.) Instead I’d like to focus on the way the screenplay tells the tale. Alvin Sargent does a nice job of crafting relationships throughout this one. This is perhaps the strongest aspect of the script. From the very beginning the movie builds genuine relationships between many of the characters. These relationships are the anchors for the several stories being told in the movie.

Another one of the strengths of this story is the tension built into the later parts of the film. There is a level of suspense that arrives unexpectedly. The film also has solid dialogue that really gives the cast a lot to work with. The weakness of this one is the time the story takes to get going. The first quarter of the story seems to wander, changing tones and lacking a clear direction. This is also an issue in some of the last moments of the film. There is a good story underneath the issues I’ve mentioned, and it’s worth checking out. Alvin Sargent’s work earned him an Oscar for Best Adapted Screenplay, beating out a somewhat lackluster class of nominees. 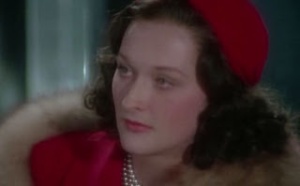 Even the weaker parts of the script are elevated by such a talented group of actors. Jane Fonda’s performance in this one is very good. She manages to understand the shifts in the world of the film, as well as the emotional shifts of her own role. Her ability to communicate those emotions really adds something special. She also has excellent chemistry with Vanessa Redgrave and Jason Robards. Jason Robards does a great job playing opposite Fonda in this one. Their relationship plays out honestly, and sometimes painfully, throughout the movie. Redgrave also does great work in this one. She plays the emotion of her story just under the surface and it works wonderfully. Maximilian Schell, Meryl Streep, and Hal Holbrook are nice additions to the cast of this movie. Their performances give emotional authenticity and depth to the story. The cast of this movie took this script and truly elevated it. Jane Fonda was later nominated for Best Actress for her performance. Additionally, Jason Robards would win an Oscar for Best Supporting Actor, and Vanessa Redgrave would take home Best Supporting Actress. The recognition of the actors included Maximilian Schell’s nomination for Best Supporting Actor. 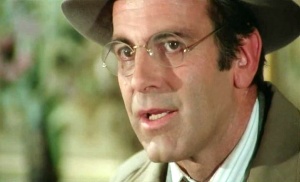 This movie features an excellent score that really highlights the emotional tones of the story. Composer George Delerue (Platoon) did a great job creating music that feels linked to the story. Like most great scores, this one also knows how to get out of the way at the right moments. Delerue earned an Oscar nomination for Best Original Score for his contribution to the movie. 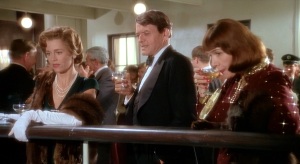 The film also looks very good. The camera work captures each set and location wonderfully. The visuals are unlike anything seen today, with a style that clearly dates the movie. Luckily, the style works perfectly for the material. This success led to a nomination for Best Cinematography for Douglas Slocombe (Raiders of the Lost Ark).  There was also a nod for Best Costume Design for Anthea Sylbert (Chinatown), who did a great job bringing the period of the film to life. The movie was also nominated for Best Film Editing, making it eleven total nominations.

This is an interesting movie that uses a visual style not seen in more modern films. If you’re a fan of historical drama, this is one worth checking out. I would also suggest this one to fans of the stars. I think Jason Robard’s performance is particularly great. The story does take some time to get going, but there are some nice payoffs within. I give this one 4 out of 5 stars.