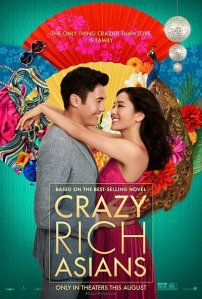 Based on the novel Crazy Rich Asians by Kevin Kwan

Rachel (Wu) is in Singapore with her boyfriend (Golding), meeting his family for the first time. Now she has to learn how to navigate their decadent world in order to convince them that she belongs. 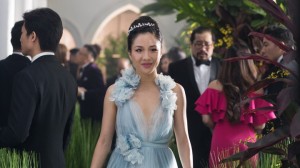 This romantic comedy is based on Kevin Kwan’s 2013 book of the same name. Jon M. Chu (G.I. Joe: Retaliation) directed the film, using the script written by Peter Chiarelli (The Proposal) and Adele Lim. Constance Wu (The LEGO Ninjago Movie) and Henry Golding (A Simple Favor) star in the film alongside Michelle Yeoh (Guardians of  the Galaxy Vol. 2), Ken Jeong (The Duff), and Awkwafina (Storks). 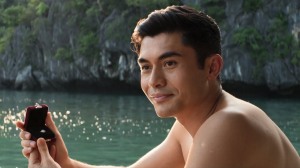 This is a fun movie that plays out over the typical romantic comedy framework. The main characters are nicely written, and there are a lot of unique personalities throughout the movie. The dialogue is strong, allowing for the actors to bring out the comedy in the story. The romance within the story is also strong. The relationships between the characters feel authentic and flawed, much like real life. The writing also does a nice job of using the setting to highlight the cultural differences between the characters. There are a few issues with the payoffs in this one. Mainly, the story seems to push one too many arcs, and then doesn’t quite provide the closure they deserve. There are also a couple of holes in the plot that aren’t easily ignored. Still, this story is what fans of romantic comedies should want. There’s a bit of heart, a lot of laughs, and decent payoffs in the end. 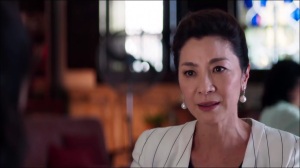 The production work that went into this movie pays off. It looks good and sounds good. One of the better choices the filmmakers made was to use Asian language covers of popular songs. This allows the music to feel familiar while still bringing some authenticity to the setting. The movie also benefits from great locations and set decoration, designed to bring out the “crazy rich” parts of the story. Overall, this one doesn’t have any glaring errors, and feels like a complete movie. 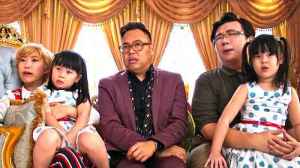 There has been a lot of noise about this movie, and very little of it seems to have anything to do with the production. If you’re looking for some grand social statement or groundbreaking cinematic experience, this is not one for you. This is just a very good romantic comedy. Fans of the genre should check this one out. I would also suggest this one to fans of the stars. I give this one 3.8 out of 5 stars.