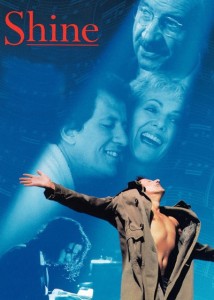 Piano prodigy David Helfgott (Rafalowicz, Taylor, Rush) has been pushed to succeed by his father (Mueller-Stahl) and teachers. The pressure leads to a breakdown that threatens to end his promising future.

This movie is based on the true story of David Helfgott, an Australian piano prodigy. Alex Rafalowicz (Family Demons), Noah Taylor (The Proposition), and Geoffrey Rush (The King’s Speech) combine to play the role of Helfgott at different ages. The cast also features Armin Mueller-Stahl (Eastern Promises), Lynn Redgrave (Georgy Girl), and John Gielgud (Gandhi). Scott Hicks (Snow Falling on Cedars) directed the film, using the script written by Jan Sardi (The Notebook). This one earned a total of seven Academy Award nominations, including Best Picture and Best Director.

This script explores David Helfgott’s life through a series of events. The story highlights moments from his childhood, adolescence, and adulthood. The challenge of this story was to create a cohesive story that connected each moment to the next. This is done with mixed results, but is generally good. The script does do a nice job of slowly unveiling the many unique characteristics of David. A lot of this can be attributed to the dialogue, which is very smart. There is a lot of emotion built into this story. There are moments of joy, sadness, and humor that combine to create something special. Jan Sardi and Scott Hicks did a nice job crafting a story that pulls from the life of an incredible and unique personality. They shared a nomination for Best Original Screenplay for their work.

This one features quite a collection of talented actors. The character of David Helfgott is played by three different people. Geoffrey Rush handles the biggest role in this one with great skill. His ability to express the inner-turmoil of his character really stands out throughout the movie. He even took piano lessons to prepare for the role, ensuring that he would not need a hand double. The youngest version of Helfgott is played by Alex Rafalowicz. He does a nice job of understanding the social awkwardness of his character. Much like Michael Conner Humphreys in Forrest Gump, Rafalowicz creates a convincing younger performance that connects perfectly with the adult version. Bridging the gap between Rafalowicz and Rush is the talented Noah Taylor. In a number of ways his performance was the most challenging of the movie. He does a great job highlighting the early signs and slow descent of his character’s mental state. These three actors combined their efforts and creates one very nicely built character. Geoffrey Rush would take home the Oscar for Best Actor for his outstanding work on this one.

The film features a number of nice supporting performances. Armin Mueller-Stahl does a great job with a very difficult and gritty role. His performance is intense and emotional, and he delivers on some important emotional payoffs in the movie. He also creates the right chemistry with all three of the actors playing David. For his work he was nominated for Best Supporting Actor. The film also includes a great work from John Gielgud and Lynn Redgrave. Their work adds to the richness of the emotion in the film. There aren’t any bad performances in this one, and the central cast members really elevate the material. 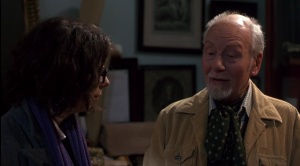 This film features some incredible music that combines classical compositions and original compositions. David Hirschfelder (Elizabeth) earned a nomination for Best Original Score for his contribution to the movie. The movie also has a really good pace, thanks in part to editor Pip Karmel (No Reservations). This earned the film a nomination for Best Film Editing. The overall production of this one is very nicely done. 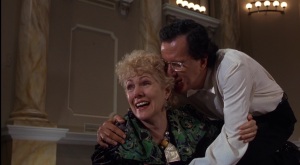 This is a bit of a hidden gem from 1996. Despite the critical success, this one hasn’t seen much life on the home video market. If you’re a fan of biopics, this is definitely one to check out. I would also suggest this to fans of the stars. The performances really bring something special to the movie. The story does have some issues in transitioning from moment to moment, but it’s not enough to really hurt the overall experience. I give this one 4 out of 5 stars.