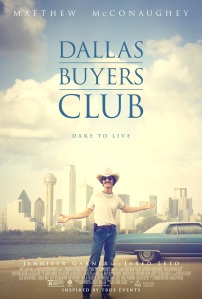 Since being diagnosed with AIDS, Ron Woodroof (McConaughey) has struggled to find access to treatments. Eventually he begins working around the system to gain access to medications for himself and others with the disease. 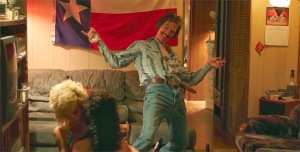 Dallas Buyers Club was released to critical acclaim and commercial success in late 2013. This one would go on to earn six Academy Award nominations, including Best Picture. Jean-Marc Vallée (Wild) directed the film, and the script was written by Craig Borten (The 33) and Melisa Wallack (Meet Bill). The stars of the movie include Matthew McConaughey (Interstellar), Jennifer Garner (Valentine’s Day), Jared Leto (Blade Runner 2049), Denis O’Hare (J. Edgar), and Steve Zahn (Captain Fantastic).

The script of this film was written by Craig Borten after he interviewed Ron Woodroof in 1992. He later worked with Melisa Wallack to polish the script. The story crafted for the film is a fascinating drama, built around a great character. The writing makes Ron Woodroof both abrasive and charismatic. It’s an odd combination that becomes someone the audience can root for. The rest of the characters are equally complex, really giving you a number of perspectives from which to see the world of the film. The dialogue in this movie is superb. It is expressive and written to expand on the emotions of the characters. It also allows some of the harsh realities to be expressed through the characters. This script provides all the elements of a great story. The twists and turns are paid off in a number of intense and often emotional scenes. It’s not a surprise that Borten and Wallack shared a nomination for Best Original Screenplay for their work on this one. 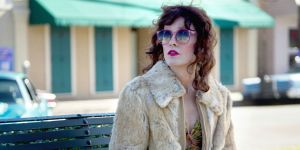 Sometimes acting becomes something more than performance. In those moments, the actors seem to become their characters. This might sound a bit cliche, but that’s what Matthew McConaughey and Jared Leto did in this one. McConaughey is reported to have lost almost 50 pounds in preparation for his role. In addition, he spent time changing his lifestyle in an effort to bring the correct physical aspects to his part. Jared Leto also went to great lengths to bring his character to life. In addition to losing more than 30 pounds, he also spent the entire production in character. Their sacrifices might be a bit extreme, but the evidence of their work is in the film. In addition to the physical aspects of the film, these two bring a lot of emotion to their performances. Their work is intense, genuine, and very impressive throughout the whole film. Matthew McConaughey would take home the Oscar for Best Actor for his performance, while Jared Leto won Best Supporting Actor.

McConaughey and Leto aren’t the only actors who brought something great to this movie. Jennifer Garner, Denis O’Hare, and Steve Zahn all give strong performances in this one. Garner does an especially good job, showing great emotional range that elevates the material. The script gave the cast a great blueprint, and they made something special with it.

The physical changes of Leto and McConaughey went a long way towards creating two memorable characters. The hair and makeup work for the movie helped to complete their transformations. Additionally, this work helped to bring out some of the more subtle changes the characters go through. Adruitha Lee and Robin Mathews took home the Oscar for Best Makeup and Hairstyling for their work. The costuming and set decoration also does a nice job adding some authenticity to the film. The rest of the production work does a great job making this a complete film. In addition to the other nominations mentioned, this one was nominated for Best Film Editing. 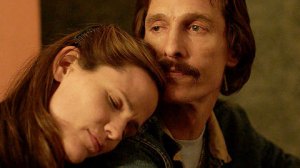 This is a very powerful film that tells a great story that is rich with emotion. This is a rough one at times, as the story takes on some terrible realities. This one will definitely appeal to anyone who loves great drama. The performances are amazing, and fans of the stars should also make sure to see this one. I give this one 5 out of 5 stars.