Based on the stage play Gas Light by Patrick Hamilton

Years after her aunt was murdered Paula (Bergman) has returned to live with her new husband (Boyer) in the home they shared. What she doesn’t know is that her husband has a dark secret that he’s willing to do anything to protect, even push her to the edge of madness.

This is the second film version of Patrick Hamilton’s (Rope) stage play Gas Light. The first version was released in 1940, but MGM saw potential in a bigger budgeted version of the story. This one stars Ingrid Bergman (Casablanca), Joseph Cotten (Citizen Kane), Charles Boyer (Conquest), May Whitty (Suspicion), and Angela Lansbury (Beauty and the Beast). The script for this one was written by John Van Druten (Night Must Fall), Walter Reisch (Episode), and John L. Balderston (Bride of Frankenstein), and George Cukor (The Philadelphia Story) directed the film. This one would go on to receive seven Academy Award nominations, including Best Picture.

This is a great psychological thriller, taken from a successful stage play and adapted by a talented group of writers. The story is set in the Edwardian age, and uses the social system to craft a world with a unique set of values and rules. The main characters are interesting and unique, with personalities that fit in to the setting. The dialogue is strong, and helps to push the themes of trust and paranoia to the maximum. The question of reality is also prominent in the story. The payoffs in this one are strong, and follow on the tail of some excellent plot twists. The script would earn the trio of writers an Oscar nomination for Best Writing, Screenplay. 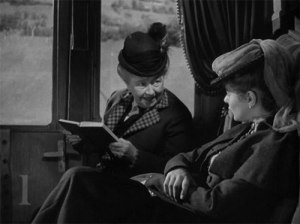 When looking at this story, it’s impossible to avoid comparisons to some of the similar films of the era. The 1940s were rich with movies that essentially questioned the trust within marriages. Some examples include Rebecca, Suspicion, and Sleep, My Love. (All of these stories fit nicely into the film noir genre.) These stories also seek to destroy the idea of the safety of your own home. In many ways this one tells a story that contradicts many of the themes Hollywood had previously established about family and home. It’s a refreshing shift that makes this one work wonderfully.

This cast features a myriad of solid performances that build on the material and create something special. Much like Suspicion, this one put a lot of the heavy lifting on the lead actress. This time it was Ingrid Bergman instead of Joan Fontaine leading the way. Her performance helps to push the idea of paranoia throughout the movie. Some of her best moments come when she’s able to bring the intense emotion to life through her facial expressions. She also does a good job playing off of her fellow cast members. Charles Boyer also delivers in this one. Like Bergman, he does a good job pushing the themes of the story. He also does a good job letting his intensity show at just the right moments. Bergman would win an Oscar for Best Actress, while Boyer would be nominated for Best Actor. 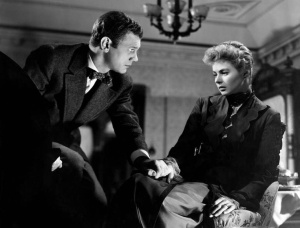 Joseph Cotten adds a good performance of his own to this one. There’s normally one voice of reason in these kinds of films, and he’s that person in this one. His work helps to balance out the film and he has good chemistry with all of the other actors. May Whitty also does a good job with a role that feels similar to many she played in her career. This one could’ve come off almost comically, but she plays it right and it fits in wonderfully. One other great performance in this one came from Angela Lansbury. She has some solid moments that really help when this plot begins to get complicated. She also does a good job understanding her character and how she fits into the setting. Adding to the films’ accolades, Lansbury would eventually be nominated for an Oscar for Best Supporting Actress. 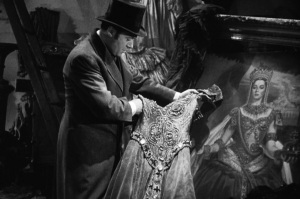 This film rounded out their Academy Award nominations with a win for Best Art Direction (B&W), and a nomination for Best Cinematography (B&W). So it’s safe to say that the visuals in this one are incredible. The combination of great sets, costuming, and lighting bring this one a dark tone that helps to build the suspense. The movie also features a solid score, composed by Bronislau Kaper (The Naked Spur). 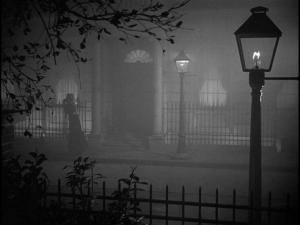 This is a movie worth seeing. It’s a great psychological thriller built into a unique setting. Fans of the cast will be pleased to see solid performances from everyone involved. This is also a good choice for fans of film noir. I give this one 4.7 out of 5 stars.