Virgil Tibbs (Poitier) is a black police officer from Philadelphia who’s enlisted to aid in a murder investigation in rural Mississippi. His work is made more difficult by the racial hostility in the community.

Before it was a film, In the Heat of the Night was 1965 a novel written by John Ball (The Organization). The adaptation was completed by Stirling Silliphant (Charly). Seven-time Oscar nominee Norman Jewison (Moonstruck) directed the movie. The cast of the film was perfectly chosen, featuring Sidney Poitier (Lilies of the Field) and Rod Steiger (On the Waterfront) in the central roles. The cast also features Warren Oates (Badlands), Lee Grant (Mulholland Drive), and Larry Gates (Cat on a Hot Tin Roof). This movie would stand out among some great films from 1967, winning Best Picture and earning Norman Jewison a nomination for Best Director. 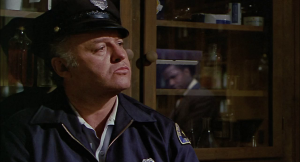 This movie tells a fascinating story of a man stuck in a world where he has no chance at acceptance or equality. This one immediately highlights the racism and prejudice of the deep South. The language is harsh, and the idea of Southern charm is totally absent. The world of the film is a gritty one that lives largely with the working-class. The dialogue in the film is direct and ugly at times, and never pulls away from the derogatory language of racism. Underneath all of this is a story about murder and the attempts to catch a killer. The twists and turns of that aspect of the movie are excellently written. Along the way the racism of the community provides the roadblocks in solving the crime. This one pays off in a number of ways, providing resolution that is satisfying while also leaving a clear message. Stirling Silliphant won the Oscar for Best Adapted Screenplay for his script. 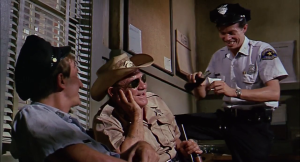 The cast had their work cut out for them with this story. The ugliness of the setting needed to feel genuine for the story to work. Much of the cast also had to allow the hatred in their characters come through without hesitation. At the center of all of this was Sidney Poitier. In 1967 he would complete this film, as well as Guess Who’s Coming to Dinner?. Both films dealt directly with prejudice, although from differing viewpoints. His performance in this one is strong and rich with emotion. Throughout the movie he allows the emotions of his character boil over, leading to some great moments. He also developed a unique and powerful chemistry with Rod Steiger. Steiger plays a character who, on the surface, is totally different from Poitier’s. This perception is gradually stripped away as the story moves on. It’s a great performance that pairs wonderfully with the work by Poitier.

The rest of the cast all had to help bring this unique and sheltered world of the story to life. Warren Oates, Lee Grant, and Larry Gates are just a handful of the actors who made this happen. The commitment of the performances stands out most. Many of the roles required them to bring out the prejudices of their characters in blunt and ugly fashion. Their work helped to make this one work from the very beginning. Rod Steiger would eventually earn an Oscar for Best Actor for his work in this one.

This movie addressed prejudice through the story and the performances. Thankfully, it didn’t stop there. This movie was one of the first times that a color film was properly lit to account for a black person’s skin tone. Cinematographer Haskell Wexler (One Flew Over the Cuckoo’s Nest) noted that the normal lighting setups would not allow Poitier’s features to stand out. His adjustments and the camera work in general help this one look really good. Locations and costuming also help to add some authenticity to the feel of the movie. The editing also adds a nice pace and great action sequences to the movie. Hal Ashby (Coming Home) won an Oscar for Best Film Editing for his contributions. This one would also be nominated for Best Sound Effects, and win the Oscar for Best Sound. 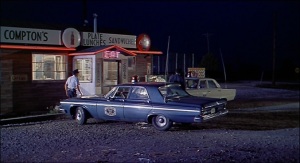 Once in a while a movie with something to say about society resonates just a little bit more than the rest. In the Heat of the Night is one of those movies. This movie showed a resistance to bigotry that Hollywood had largely avoided up to that point. The film was able to speak on some important issues of the day and retain a high level of financial and critical success. If you haven’t seen this one, it’s worth checking out. I would also encourage people to see this again. The message is still incredibly relevant, and the story is still wonderful. I give this one 4.7 out of 5 stars.