Based on the novel The Price of Salt by Patricia Highsmith

Therese (Mara) is an aspiring photographer trying to find her place in 1950s New York. Her life changes when she forms a relationship with Carol (Blanchett), an older woman with a complicated past.

Carol began as a 1952 novel titled The Price of Salt, written by Patricia Highsmith (The Talented Mr. Ripley). It was republished in 1990 under the name Carol. Phyllis Nagy wrote her first draft of the script in 1997 at the urging of Highsmith, who was her close friend. After that original draft, the script went into limbo until it was rediscovered in 2004. After years of delays, this one finally began shooting on March 12, 2014 under the direction of Todd Haynes (Far From Heaven). The cast of the movie features Cate Blanchett (The Aviator) in the title role. She’s joined by Rooney Mara (Lion), Kyle Chandler (Super 8), and Sarah Paulson (The Post). The film would go on to earn six Academy Award nominations. 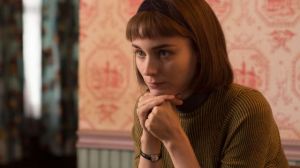 This is a unique story, told from multiple points of view. In some ways this is a coming-of-age tale, but it’s not quite that simple. This is also a story about two women seeking to live their own authentic lives while trying to love one another. Despite their intense connection, they both seem determined to not compromise. Early moments of the film seem to put Carol in the driver’s seat, allowing her to shape the people and the world around her.

Later, Therese seems to come into her own. In these moments she seems to shed some of her apprehension and take charge of her own life. There is also an intense passion written into the script. This leads to moments of joy, but also to moments of sheer frustration. There are great twists and turns that remind the audience that the characters are living in a different era. This one pays off wonderfully, seemingly understanding that there is rarely a perfect ending in the real world. Phyllis Nagy was nominated for Best Adapted Screenplay for her script. 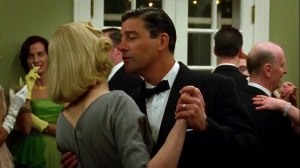 This movie does not work with out Cate Blanchett in the title role. She gives Carol a multi-layered personality that is dignified on the surface, but crying out underneath. Blanchett also seemed to know when she could let the vulnerability of her character come out. Her chemistry with Rooney Mara is wonderful. Their relationship almost feels like it has a teacher-student dynamic early in the film. Later, the relationship evolves and the balance of control seems to shift. Both of these incredible actors understood the change in tone, and the adjustments they make to their characters really pay off. Mara holds her own throughout the film, delivering on the emotional highs and lows of her role. 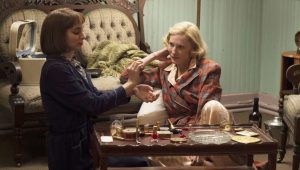 There are also some good performances from the supporting cast in this one. Kyle Chandler does a great job with his role in this one. He has a unique chemistry with Blanchett throughout the movie that really helps to keep the emotional stakes of the story alive. Sarah Paulson also does great work with her role in the movie. The rest of the cast all does good work in this one. They seemed to understand the era of the story, as well as the complicated emotions driving the film. Cate Blanchett would go on to be nominated for Best Actress, while Rooney Mara was nominated for Best Supporting Actress. 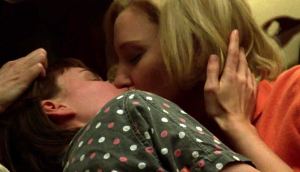 Cinematographer Edward Lachman (The Virgin Suicides) did a wonderful job creating beautiful visuals to accentuate the story. The framing as well as the use of light and color combine to create some impressive visuals. Lachman was nominated for Best Cinematography for his efforts. The locations and sets also help to bring the movie’s version of the 1950s to life. Carol was also nominated for Best Costume Design thanks to the work of Sandy Powell (Shakespeare in Love). It’s also important to note how much the editing helps this one to keep moving. The movie also has a really great score, composed by Carter Burwell (Three Billboards Outside Ebbing, Missouri). Music plays an important part in the story, and he finds great ways to acknowledge that with his work. He was nominated for Best Original Score for his efforts.

This is a movie where a lot of different stories are being told. The writing seems to acknowledge that every one of the characters has their own needs. The actors did great work with complex emotional content. The production work brings it all together with a great score and wonderful visual elements. Fans of the stars should make sure to check this one out. I would also suggest this one to fans of great relationship dramas. This isn’t a Hollywood romance. This is a movie about people trying to be themselves in a world that doesn’t understand them. I give this one 5 out of 5 stars.