It’s time to predict the winners from the 2019 Academy Awards. 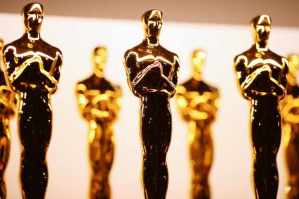 The Oscars are here, and it’s finally time to make some predictions. Once again, there are some incredible films in the mix, and some tough choices to be made by the voters. Each of the categories will be listed below with all of the nominees. I’ll be picking my favorite as well as predicting the movie I expect to win.

I’ve highlighted the nominations from films I’ve been able to see in green. The remaining films are being judged based on respected critics and trusted friends, as well as my own research and partial viewings.

Actor in a Leading Role

It’s hard to stomach Bale receiving a nomination for what might have been one of the worst movies of 2018. Beyond that, I think this is an incredible collection of great performances.

Actor in a Supporting Role

Actress in a Leading Role

Yalitza Aparicio – Roma
Glenn Close – The Wife
Olivia Colman – The Favourite
Lady Gaga – A Star Is Born
Melissa McCarthy – Can You Ever Forgive Me?
I’ve seen three of the five nominees, and I liked two of the three performances a lot. There wasn’t a clear winner in this category for me.
WILL WIN: Olivia Colman, The Favourite  – SHOULD WIN: Glenn Close, The Wife

Actress in a Supporting Role

Spider-Man: Into the Spider-Verse

I really love Isle of Dogs, and there was a time where I thought it was clearly the best of the bunch. Then I saw Spider-Man: Into the Spider-Verse and now I’m conflicted. My choices reflect this conflict.

WILL WIN: Spider-Man: Into the Spider-Verse – SHOULD WIN: Isle of Dogs 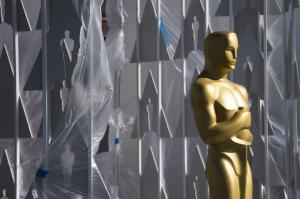 Robbie Ryan – The Favourite
Matthew Libatique – A Star Is Born
Alfonso Cuarón – Roma
There was a lot to like from the nominated films in this category. The highlight of the otherwise disappointing Roma was the cinematography. Cold War was also visually stunning. The Favourite and A Star is Born also look great.
WILL WIN: The Favourite – SHOULD WIN: Cold War

Yorgos Lanthimos – The Favourite
Alfonso Cuarón – Roma
Adam McKay –Vice
There are three films in this category that I think really deserve to be there. Then there’s Vice and Roma. Truthfully, I’d vote for BlacKkKlansman if I was a voting member of the Academy. My second choice would be Cold War.
WILL WIN: BlacKkKlansman – SHOULD WIN: BlacKkKlansman

Hale County This Morning, This Evening

Of Fathers and Sons

RBG
I’m making this prediction based on the advice of others since I’ve been unable to see any of these movies in time for the awards.

A Night at the Garden

As with the previous category, I’m making this prediction based on the advice of others.

This is an interesting year for editing. I liked many of the nominees, but editing didn’t seem to stand out as I watched them.

I wish I had seen all of the nominated films. In the end I saw one I loved, and one that makes no sense being nominated.

Jenny Shircore, Marc Pilcher and Jessica Brooks – Mary Queen of Scots
Greg Cannom, Kate Biscoe and Patricia Dehaney – Vice
I’m really surprised to see The Favourite left out of this category. This is the only nomination that Vice seems deserving of, and I think it’s a possible win for that team.

WILL WIN: Vice – SHOULD WIN: Vice

“All the Stars” – Black Panther
Music by Kendrick Lamar, Mark “Sounwave” Spears and Anthony “Top Dawg” Tiffith;
Lyrics by Kendrick Lamar, SZA and Anthony “Top Dawg” Tiffith
“I’ll Fight” – RBG
Music and Lyrics by Diane Warren
“The Place Where Lost Things Go” – Mary Poppins Returns
Music by Marc Shaiman; Lyrics by Scott Wittman and Marc Shaiman
“Shallow” – A Star Is Born
Music and Lyrics by Lady Gaga, Mark Ronson, Anthony Rossomando and Andrew Wyatt
“When a Cowboy Trades His Spurs For Wings” – The Ballad of Buster Scruggs
Music and Lyrics by Gillian Welch and David Rawlings
I have a tough time seeing this one go to any films besides A Star is Born or Black Panther. The rest of the nominees are great, but I think that those two stand out. In the end, I think that Lady Gaga will take it home as an acknowledgment of her music and her acting.
WILL WIN: A Star is Born – SHOULD WIN: A Star is Born

Green Book
Roma
A Star Is Born
Vice
I don’t know how Roma, Vice or Black Panther ended up in this list. Those three films fell way short for me this year. It’s disappointing that some better films weren’t included here. The rest of the nominated works are a collection of interesting and wonderful movies.
WILL WIN: The Favourite – SHOULD WIN: BlacKkKlansman

One Small Step
Weekends
This is another category that I didn’t get to see much from.
WILL WIN: Bao – SHOULD WIN: Any of them.

Detainment
Fauve
Marguerite
Mother
Skin
I wish I had been able to see these for myself. I’ll rely on the opinions of others here.
WILL WIN: Mother – SHOULD WIN: Any of them.

BlacKkKlansman – Written by Charlie Wachtel & David Rabinowitz and Kevin Willmott & Spike Lee
Can You Ever Forgive Me? – Screenplay by Nicole Holofcener and Jeff Whitty
If Beale Street Could Talk – Written for the screen by Barry Jenkins
A Star Is Born – Screenplay by Eric Roth and Bradley Cooper & Will Fetters
Wow, this is a tough category this year.
WILL WIN: A Star Is Born – SHOULD WIN: BlacKkKlansman

The Favourite – Written by Deborah Davis and Tony McNamara