In the 1940’s, a musical director (Kot) falls for a troubled young singer (Kulig). The relationship is complicated when he attempts to convince her to leave communist Poland. 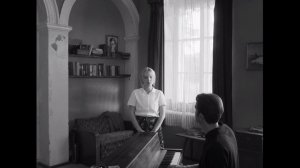 This film was directed by Pawel Pawlikowski (Ida), who also co-wrote the script with Janusz Glowacki (A Trip Down the River) and Piotr Borkowski (Fear of Falling). The cast features Joanna Kulig (The Innocents), Tomasz Kot (Gods), Borys Szyc (The Mole), and Agata Kulesza (The Witcher). Pawlikowski earned an Oscar nomination for Best Director for his work in this one. The film was also nominated for Best Foreign Language Film. 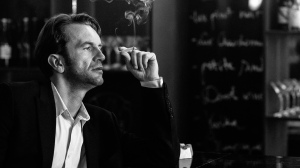 This is a fascinating movie, set in a very complicated period of recent history. The trio of writers did a great job establishing the suppressive and often troubling world of the story. The central relationship is dysfunctional and intense, allowing for some explosive moments throughout the film. The story plays out over a long period of time, allowing the characters to change and grow. This also allows for their true nature to be slowly revealed. The overall experience the writers crafted comes together a series of vignettes that lead to something unexpected. While this might not provide the ending some viewers would like, it delivers a powerful and satisfying conclusion.

The film is led by the incredible performances of Joanna Kulig and Tomasz Kot. Their on-screen chemistry is the foundation for the rest of the performances in this one. Kulig’s performance is cold and intense, with an underlying passion that comes out at just the right moments. She also delivers some great musical work throughout the movie. Kot’s performance couldn’t have been more different. His character is passionate and expressive, without the cold exterior of those around him. His performance adds a much-needed sense of optimism to the material. These two share a large number of intense and passionate scenes together. The relationship evolves naturally throughout this one. Borys Szyc and Agata Kulesza add great performances of their own to this one. Their roles help to bring some perspective to the story. They also provide a great balance to the story. Overall, the entire cast did great work bringing this one to life.

This film features an incredible soundtrack that gives the film depth and color. The music isn’t just a great accent, it also plays an important part in the story. The film also looks incredible. The sets, costumes, and locations all come together nicely. The film also earned Lukasz Zal a much-deserved nomination for Best Cinematography. He truly created something special in black and white. There is nothing gimmicky about the look or sound of this one. The production value stands out as some of the best work of 2018.

This was one of my favorite films from 2018. It’s worth checking out if you’re a fan of great drama. The romance within this story is also strong. I would also suggest this to anyone who loves foreign language films. This is a true drama, so there are some rough moments throughout. I give this one 5 out of 5 stars.