A suburban family is forced to deal with tragedy and loss. 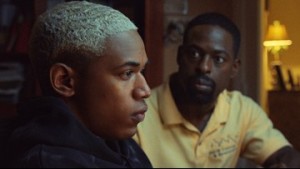 This film attempts to weave disaster and tragedy into the lives of an otherwise typical suburban family. The story focuses on a family led by an intense and sometimes unforgiving father (Brown). The early moments of this film are nicely written, exposing some of the cracks in a family that might seem perfect from the outside. Unfortunately, the story quickly loses focus as tragedy strikes the central characters. That moment shifts the film into a disjointed series of events that never quite come together. This leaves the entire experience feeling unfulfilling and even confusing at times. While this might have been an attempt at something profound, it leaves behind a messy and incomplete story that meanders for far too long. It’s also possible that a much better film was left in the editing room. 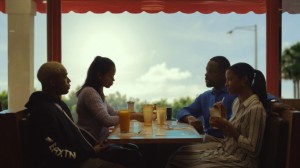 It’s a shame that Shults wasn’t able to make better use of the incredible cast in this one. Sterling K. Brown does a great job playing the patriarch of the Williams family. He makes the best of the material with some great moments throughout the film. Lucas Hedges also has some great moments despite playing a character that feels entirely out of place in the film. The rest of the cast do solid work, but nothing really stands out among their performances.

This movie is competently made from a production standpoint. The cinematography is fine, and the other visual elements all work. The music in the film is forgettable, but never distracting. Unfortunately, the writing set this up to fail. The editing also doesn’t help. This story could be told in 90 minutes or less, but the theatrical release runs at 135 minutes, leaving room for a lot of nothing. The pace of the film is far too slow, and often takes time to introduce visuals that are not important to the story or interesting to look at.

This movie just doesn’t work. In some ways this feels like a collection of good ideas that were never destined to be in the same film. The central tragedy of the film is almost forgotten by the third act, which makes no sense. I wouldn’t recommend this film to anyone, since it’s difficult to find anything that viewers will take away that hasn’t been done better in dozens of other films. I give this one 1 out of 5 stars.