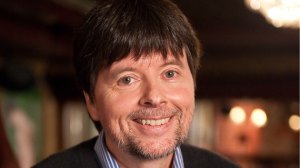 Ken Burns is the master of historical documentaries. His films The Statue of Liberty and Brooklyn Bridge earned him Oscar nominations for Best Documentary. All of his movies feature incredible details that add to the emotion and power of the work. He finds rarely seen images and footage, as well as radio clips and music from past generations to bring authenticity to the subjects. His partnership with PBS has allowed him to create some of the most educational and enjoyable documentaries ever made. Here are some of the films I’ve reviewed by this incredible film maker.

Unforgivable Blackness: The Rise and Fall of Jack Johnson (2004)

Nominated for Outstanding Directorial Achievement in Documentary from the Director’s Guild of America Awards.