Ben Kingsley has been a familiar face in films for over 30 years. From his breakthrough performance as Gandhi to his powerful role in Schindler’s List he has earned a spot among the great actors of his generation. He’s also one of my favorite actors and I will continue to add reviews to his films over the coming months. 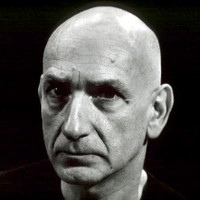 Gandhi (1982) – This performance won him his only Oscar out of four nominations.

Sexy Beast (2000) – This film earned him an Academy Award nomination.