Quentin Tarantino is the unique mind behind some of my favorite movies. He’s made a career out of making people laugh and cringe in the same scenes. He’s also brought great stories to life, from Inglourious Basterds to Reservoir Dogs. He won an Oscar for his writing on the film Pulp Fiction. This is just one of many awards he’s earned during his successful career.

In addition to being a great film maker he’s also a champion for film preservation and he’s a student of cinema. This has helped him to create unique movies with incredible dialogue.

Here are my reviews on some of his work. 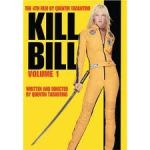