During 2011 I decided to sit down and watch all of the Harry Potter films. Here are the reviews as written after each of the films was viewed.

The Magic of Harry Potter

Since 2001 I’ve successfully avoided the Harry Potter franchise. This is partly due to the age I was when this all started, and partly just a lack of interest. Now that the series is appearing to come to an end, I feel like I can devote a little time and see what this is all about.Yesterday I sat down and started from the beginning. I’m glad to say that I was pleasantly surprised. It was a fun film and really did a good job of making me feel like the next film would be worth the time. The story is very interesting and I’ve been told that it follows the book pretty closely. The characters and their relationships are very well written and developed on-screen. The world created also feels magical, as it should.Due to differing opinions I would be open to any thoughts on the film versus the book since I have nothing to go on.
For anyone who hasn’t seen this movie, I would highly recommend it. The story is good for the whole family and it has aged well. I rate this one at 3.3 out of 5 stars.

The magic of Harry Potter continues…

After avoiding this series of films for years I’ve finally begun the saga. The first film was fun, I think it had just enough for me to want to see the second movie. Now I was ready to continue with Harry Potter and the Chamber of Secrets.
This is the second film ion the series and I think a better film than the first. While the first film in the series was good, the second film has gotten me ready to see more. The story improved for me in this film, mainly since I feel like it opened some new doors while allowing the film itself to have a satisfying conclusion. My main gripe with some series is the middle films that seem to only fill space; this was not the case here.I guess it’s a likely conclusion that I’ll be watching the third film soon. Netflix is allowing me to see these films in a rapid succession unknown to the fans who waited anxiously for each new installment over the years.I would rate this a strong 3.7 out of 5.

Harry Potter and the Prisoner of Azkaban

The third installment of the Harry Potter series was another first for me as I experience this set of films for the first time. It’s important to remember that I’ve never read the books so I don’t have any bias based on changes in the story line or anything like that.

This was a really enjoyable film to watch. Once again the characters were well written and the acting continued to improve from previous performances. The story itself was also interesting and kept me involved. The Harry Potter series could easily be milked dry if done poorly (remember Rocky Balboa?), so far this hasn’t been my experience. They’ve managed to keep the running story line going while giving me a satisfying film that stands alone in its conclusion.This film has convinced me to move on to the fourth film in the series.I would rank this film a 4 out of 5 stars.

Harry Potter and the Goblet of Fire
Finding my way to the fourth film was easy since I had enjoyed the last film enough. This time I feel like they really nailed it. This was definitely the darkest of the films so far, filled with far more intrigue and mystery. This film also continued the improvement of the three young actors.The plot of the film was written well since it didn’t have its center around the main character to start. The championship was a good centerpiece for the action to begin. This allowed the story to develop and bring Harry into the picture.I also enjoyed the fact that this film expanded in its range of villains. It was relatively easy to predict the culprit from the first three films. This one left me a bit more surprised.

Overall, it was another great film to watch. Like most films of this type I wouldn’t expect award-winning stuff, just a great family film.

I would give this a rating of 4 out of 5 stars.

Harry Potter and the Order of the Phoenix

In the fifth installment of the Harry Potter saga I can honestly say that I was excited and anxious to see what would happen next. I wasn’t disappointed with the results despite being incredibly surprised. As with the other films, this is an improvement over those that came before it. I think that this might have been the strongest story and also the darkest by far.
This time around the school ceased to be the center of all activities and the world of magic opened up. The dark plot lent itself to a more scary film style and set design. This film also dealt with some of the obvious questions about the effects of all the danger on Harry Potter. The story also allowed Harry to step out of line and be a bit of a rebel.
One of the great things about these films is the ability to have the same villain and still see an evolution in the story. This wasn’t Lex Luthor riding off into the night with vague promises to return. This villain is a truly dark being with means to continue in his pursuit of Harry Potter. In this film he continued his efforts with a new cast of sidekicks. I am ready for number six thanks to the quality of this film.
Finally, I was glad to see all the same faces, having the cast along for all the films so far has been great. I don’t know if that continues but I sure hope so.
I would say that this is as good as those before it. The films have all been fun to watch and as the actors mature the stories do as well. I give this 4 out of 5 stars.

Harry Potter and the Half-Blood Prince

The saga continues for me as I have now seen six of the films in the Harry Potter series. This film was another great experience although considerably darker than those before it. As I’ve watched each of these films I’ve grown to look forward to the next. Not only is the story intriguing, but the growth of each character is exciting.This film took some steps I feel were needed to solidify the need for future films. Being unaware of the books I can say that the films had allowed enough tension between characters and the love story was primed and ready. This side of the story was not dominant in the film but made sense all the same. I was glad to see the obvious and less obvious love connections that mixed into the film.Second was the decision to allow a main character to die. Some series cling to the main characters and leave things seeming unrealistic. In the dangerous world of Harry Potter it seemed necessary that someone would die at some point. To avoid being a spoiler I’ll leave it at that. I’m sure it was a hard decision for the author and for the filmmakers who knew their audience loved these characters.

Finally, they’ve continued to take the story out of the classroom. I’m glad to see that the world of Harry Potter is ever-expanding. This has lent some realism to a fantastic story since it doesn’t confine everything into the grounds of Hogwarts.

I’ll also say that the villains are exceptional once again. Being a darker film requires that you have villains that you can really hate. Once again there were the obvious and not so obvious villains. The film also allowed for the villains to have a human side. The idea that fear motivates some people to be bad is one of my favorite in films.

Once again I’m excited to see what happens next. I’m getting close to the end and glad that I’m not seeing any falling off in the making of these films. I would give this film a 4.1 out of 5 stars and recommend it to anyone. 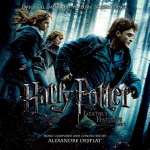 Harry Potter and the Deathly Hallows: Part I

This 2010 film brings me closer to the final chapter in the Harry Potter series. The magic continues with the seventh and darkest film in the series. This time the familiar cast of characters steps out of the classroom altogether and into a world of danger as they seek out the destruction of the enemy.

Without the wisdom of their professors and classmates Harry, Ron, and Hermione are alone in a world where they’ve become the hunted as they seek out the Horcruxes that hold the key to Voldemort’s existence. Each turn brings loyalties into question in this excellent story.

Like I’ve stated before, I didn’t expect to enjoy these films as much as I have. This brings me to the final chapter and I’m truly interested to see how the saga ends. Without having read the books I truly have no idea what the last film will bring.

As with the films before it the acting showed great skill and improvement. I enjoyed the special effects and the scenery throughout the film. I also enjoy the soundtrack which has evolved with every film. I guess I’ve just got to see this through and finish the journey.

Earlier this year I decided it was time to see what Harry Potter was all about. The films and I had avoided each other since the first movie was released in 2001. On August 15th, 2011 I started out on this eight film journey. As each film has come to me I’ve been a little more excited than the film before. The story has an enduring quality that will probably last for generations to come. This eighth film is a marvelous end cap to the series. My final worry in this film was how you could end a journey like this. I have to admit that I avoided seeing the final film since it would mean that the story was at an end.

This time the story is very clear and simple. Harry and those around him must band together to save the world from Lord Voldemort. The story comes with new revelations from the past as well as new heroes who emerge throughout the epic battle. Without giving away the ending it’s hard to talk about this film. The loose ends all seem to be tied up and the resolution is clear. I’m happy and sad to say that the film doesn’t make too much room for future movies.

This was an amazing experience to see all these films in such a short period of time. Each one seemed to improve upon those before it. The acting grew with the three main characters as did the overall quality of the films.

If you haven’t seen these movies I would strongly recommend them to you. I thought these were children’s films but they have an appeal that goes beyond that.